We Can Prevent Sexual Harassment at Work and We Should

We Can Prevent Sexual Harassment at Work and We Should

In the last few months there has been a tremendous worldwide movement, revealing the problem of sexual harassment in the workplace. The ‘Me too’ movement was in the news, in social media, in newspapers, in hundreds of television discussions and this gave the opportunity to discuss openly what everybody already knew: that women are very often victims of the predatory behaviour of men.

We are watching women sharing their unpleasant experiences of being offended or even attacked by their bosses without the possibility to protect (or knowing how to protect) themselves from their powerful boss.

This phenomenon is not new; it is as old as the human race and has always been happening in different shapes or forms in every society. Until recently, even in the Western civilised countries, women were legally considered inferior to men – for example, they did not have the right to vote – therefore, a man could offend ‘an inferior’ without any consequences; it was a ‘natural’ behaviour that the society could accept.

Fortunately for us women things have changed for the better and we are considered equal citizens to men and have the same rights, at least legally. But what really happens in everyday life? This idea about ‘natural’ mannish behaviour still exists in the minds of both men and women, which makes men consider that behaviour acceptable and women consider it unpleasant but likely to happen. It is considered ‘natural mannish behaviour’ for men to be more ‘assertive’ when flirting and showing interest in women. The problem is that ‘assertive’ is really aggressive or is perceived as aggressive in different circumstances and contexts. 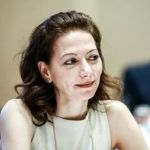 Maria Biquet is an experienced multilingual Business Consultant and Executive Coach with vast experience from diverse business fields, such as Banking & Financing, Automotive, Telecommunications and Education. Maria has long experience in Strategic Marketing and in establishing companies in new markets. For more than 20 years she has studied various methodologies for self development and change including Neuroscience in Coaching, Systemic approach, Appreciative Inquiry Approach, NLP and mindfulness techniques.

She holds a University degree in Language & Linguistics, an MBA-International Marketing and is a Neurocoach certified by the NBG – Harvard School and a Master Coach certified by the CAC. Vice President of Marketing & Communications of HCA (Hellenic Coaching Association) EMCC Greece, member of the EMCC (European Mentoring & Coaching Council). Works as a volunteer with Non Profit Organisations: Mentor at Orange Grove for startup companies and at Cherie Blair Foundation.  EMCC Accredited Senior Practitioner Senior Researcher on Ethics: ‘the actual Ethical Dilemmas in Coaching today’ in collaboration with EMCC. Works in Greek, English and French. Email: mariabiquet@gmail.com, Tel.: +30 6944 889526 | www.quantaconsulting.co.za