The biggest barrier to professional success is the job interview. During the job interview, an interviewee must highlight how they meet the job criteria as well as overcoming the employer’s unconscious biases.

A structured job interview is an analytical process to determine a candidate’s potential job performance. Impressions, initially, are made through the interviewer’s unconscious biases – an emotional process not a logical one.

Interviewers Reactions to Their Prejudices

Hiring decisions are made in two distinct ways through 1) the fast-intuitive emotional brain, this includes being influenced by long-held beliefs, stereotypes and prejudices and 2) via the slower analytical mind; analysing the interviewer’s answer against the job criteria.

An example of the two decision making processes is a male interviewer meeting a female applicant applying for a traditional ‘male’ role. Initially an unconscious thought pops into the employer’s mind ‘I don’t think women should work in masculine roles, but I know I should not be thinking this’ 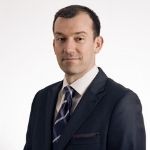