To Finish First, You First Need to Finish

To Finish First, You First Need to Finish

Jesus Leon became a champion in the powerboats sport in Mexico at a very young age and for more than ten years had been collecting medals on podiums.

He lived fast and high enjoying the sense of being the winner and the best, until a big crash and a near-to-death experience made him reconsider his life values. A Couple of years later He stepped away from the professional racing career towards peace of mind and his true self, enjoying simple and most important things in life.

He shared his ideas about what it takes to be a winner, how to recognise the time when you should make a change in your life, and what the world would be like after the pandemic.

Anna Grechishkina (AG): You became a winner and a champion very fast, because you started racing so young. Was it actually your goal to become a champion or did it just happen?

Jesus Leon (JL): It was not a goal that I set up for myself. It started like a game and having fun. But then soon I started to notice that I was doing quite well in the power boat racing without a lot of effort, without pushing too hard. But as I got deeper into the sport and I started climbing towards the first places at the championships, it got tougher. We were fighting for lap times of milliseconds, very small gaps, and we had one race every four weeks, 12 races in a year.

It started like a game, but then turned into a very competitive business. I was fortunate to meet some sponsors who believed in me and who found a way of doing business. At that time, I was turning from 17 to 18 years old, so I was stepping into college. I never thought of dropping out of school, but certainly I adjusted my schooling to this. I committed completely. It turned into my job 24/7 but I was still going to college.

Obviously, it was more fun at the beginning. When the first races of the season started it was super fun, but then it started declining, no matter if I was winning or not.

AG: How does it feel to be a champion?

JL: It is indescribable; probably it is one of the highest feelings in my life, especially when you compete against yourself. Here we use a stop-watch for timing the laps. We say that it is not a matter of going faster, it is a matter of not slowing down in turns , turning as fast as possible, keeping it as smooth as possible in every lap. It just changes the way we see it and it turns into more enjoyable feeling – I beat myself, I did it faster, this part is very fun.

Sometimes with maturity you drive smarter, you start collecting points to win the championship, and you probably don’t want to risk everything for nothing. So, there is a time when champion knows when to back off a little bit. Going slow you are going faster because in order to win the race you have to finish. There is a saying – to finish first, you need first to finish. When it comes to some rookie, like what I was when I turned into a champion, you are starving to win but sometimes you need just to back off and take it easy. You have to push hard but you should not push in excess and lose control of what you are doing. 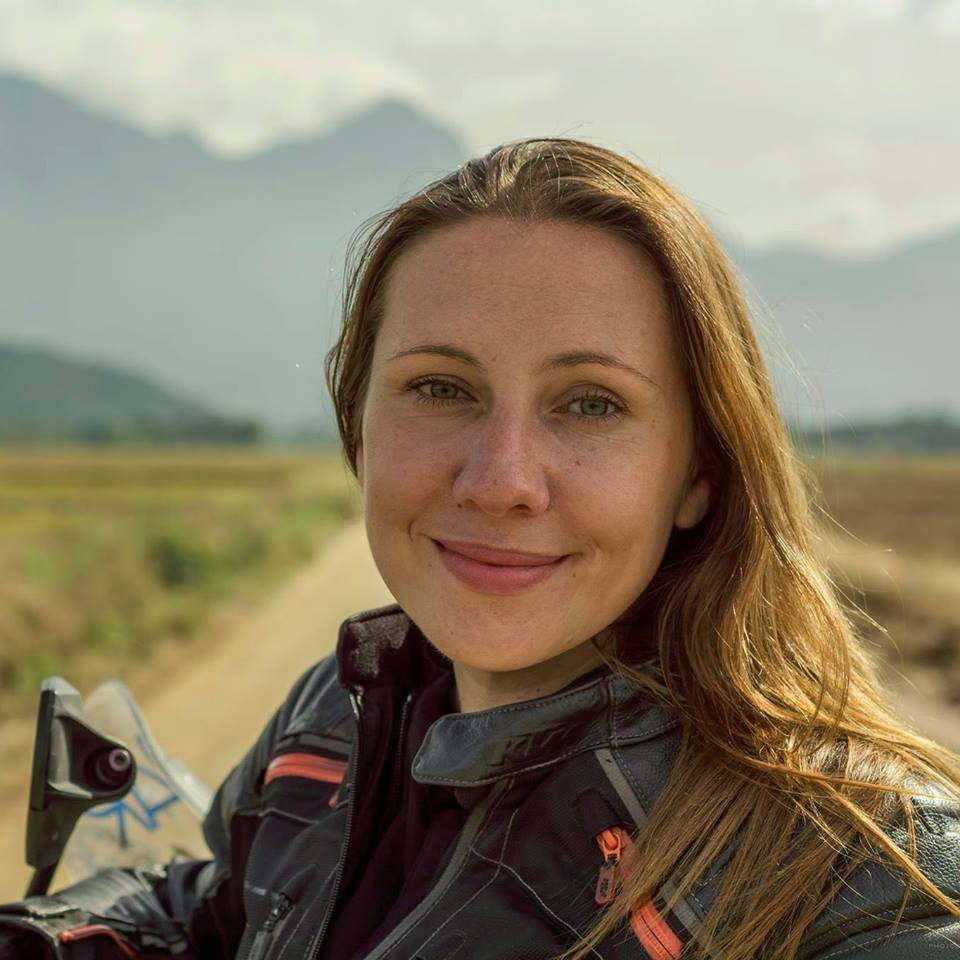 Since July 2013, Anna accomplished around-the-world trip on her motorcycle with the aim to break the Guinness Record on the longest solo female travel on a motorcycle. At the moment she has travelled 160 thousand km and 65 countries in total.

She is a motivational speaker for businesses and educational institutions with a wide range of topics, like how to set and achieve your goals and dreams, dealing with cultural differences in the modern world, Womanpower – making a big difference in a men’s world, Surviving depression and loneliness – can they be friends, to name a few.