Most of my work is in the corporate sector, working with CEOs and Senior Executives. My goal is to help my clients transform. Often, when clients bring their problems to me, they focus on the symptoms. It is my job to help the get to the deeper causes. Transformation, by its nature, shifts the fundamental paradigms that underlie the causes. To help clients go deeper, I often talk about the difference between 1st, 2nd, and 3rd order problems. Let me illustrate.

Patricia, the CEO of a growing company she founded, loved to fix problems. She was really good at it. Wherever she went, she fixed them. And there were an endless number of problems available to her. So, she stepped in, gave advice, and often told people what to do. That she liked to fix things is not necessarily a problem. It became a problem because, while her organisation was at one time growing, it had plateaued, in part, because all key decisions continue to go through Patricia. They always had and that is the way a big part of her liked it. She was the hub of a spoke and wheel team and had her hands in everything.

When the organisation was small, Patricia being a master puppeteer was not a problem. In fact, her brilliance helped launch the organisation and it was considered for a while as an exemplar in the field. But, as the organisation grew, her pattern of stepping in and solving everything posed difficulties. It slowed decisions down and it created a pattern of dependence on her. She hired people who were good at implementing decisions, but who were not so good at making them. She became a leader who, unfortunately, did not know how to inspire leadership in others. She could only inspire followership.

When Patricia came to me, she knew she needed some kind of change, but she did not know how. She believed the problem was who she hired, or that others were not as bright as she is, or that they were a bit lazy. She could not see herself as the source of the problem. Like so many people, her paradigm was invisible to her while the paradigms of others have been ever so obvious. 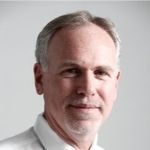 In the context of his consulting, he works with the C-suite as a transformational coach. In addition, Keith has designed and led over 100 seminars and workshops for leaders. He has helped create some of the most innovative leadership training programs in the country. Through his consulting firm, he regularly offers a workshop for coaches called: The Art of Transformational Coaching. See his website: www.leadership-pathways.com for more information.

Keith teaches at the Hult International School of Business and is in high demand as a speaker on the subject of leadership and building extraordinary organisational cultures.