My Journey as an Alpha Group Regional Director

My Journey as an Alpha Group Regional Director 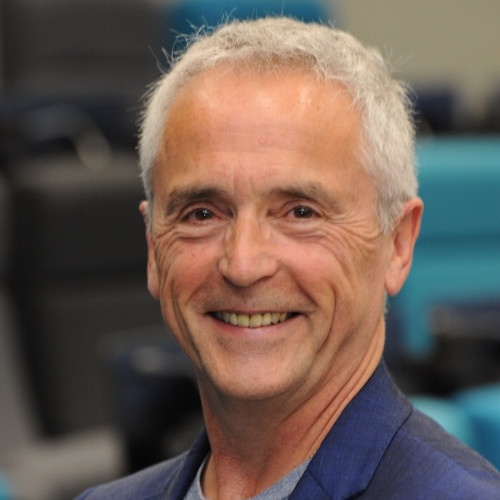 There are many reasons people become Alpha Group Regional Directors; here’s my story.

In 2011, after 35 years as a university academic, I’d reached what I thought was the limit of my progress in teaching, research and leadership, and I was itching to do something new. I’d become bored and frankly less productive. I needed a new challenge. My university had engaged an executive coach for me and he encouraged me to keep a “Joy Diary”……

Simply, this was a daily record of the things that brought me some level of joy. I was to give each experience a score from 1 to 5. One being OK and 5 being, if I get any more exhilarated, I’ll burst! After about six weeks I looked only at events that scored 3, 4, or 5. They were to form the core of my new professional future.

What became apparent was I was thrilled by the people I taught and worked with. I loved helping them see future visions they’d not dare countenance and I’d work with them to achieve these new goals. I knew I had to become an Executive Coach.

I’d lost my father two years earlier to cancer and shortly before he died, he asked me a question which has resonated with me ever since, “Gary, who do you want to come to your funeral, and what was it you did for them that would make them want to come?”

So, fast forwarding to May 2014 I’d qualified as an Executive Coach and launched my company “Adaptive Intelligence Consulting Ltd.”. I developed a unique approach based on my experience as an educator, biomedical researcher, manager, leader, inventor, sports coach and family man. I also had lots of business-related experience as Dean of Enterprise spinning out companies and exploiting intellectual property and a consultant to Pharmaceutical and Bioscience companies.

The first few years were hard, trying to make an income as a jobbing coach and trying to build a unique brand. I was frustrated by the limited impact I could make in 121 coaching. My clients would unearth problems I was not always qualified to address, and I needed something else to add greater value of them and their organisations.

About 18 months ago a good friend and coaching buddy Jim Jordan, suggested I look at the Alpha Group opportunity as he was intending to join. I was distracted at the time and did nothing about it. Being a good mate, he nudged me regularly over a four-month period in 2017/18. Eventually, I looked at their web-site and I was blown away. I’d been looking for a way to support larger groups of business leaders, and here was a peer-to-peer group with up to 20 members. I wanted to leverage my broader skills as a problem-based facilitator. I realised I’d become frustrated by the feast and famine life of an executive coach, and here was the chance for a steady monthly income. Added to which was the optional opportunity of leading a team of other Regional Directors with the associated highly-leveraged residual income!

My head said, “Looks like an interesting concept”. My heart said, “This is a great way to help more people” but my gut said, “is it too good to be true?”. What followed was a period of due diligence; after all we scientists are the ultimate sceptics. I scoured the internet but found nothing negative. I was reassured by discovering the Alpha Group was a division of one of the world’s largest coach training companies. I even rang a random number of existing Alpha Group Regional Directors across Europe and was reassured by the fact that I got varied descriptions but a general message of success and enjoyment.

My next step was to meet with Alpha’s MD Colin Lindsay. I think I surprised him when my first question wasn’t about the money but rather was, “Why the Alpha Group – what is its purpose?”

Colin thought a minute and then said something like, “There are about 400,000 SME’s in Greater London and if they were able to grow sufficiently to employ just one more person there would be no unemployment in London.” Now, we could argue about the devil in the detail but the essence of this is true. And, as SME’s form about 80% of the UK economy if this growth was repeated across the UK and indeed globally this is the biggest contribution to economic growth and social benefit possible.

We then discussed the quality of the service to members and the tangible benefits they gain. I was completely sold and applied!

I joined as Regional Director for London and Surrey in October 2017 and attended my first 5-day training workshop. This was a revelation! As I said I’ve been in education and training for 40 years now and this stands up with some of the best learning experiences I’ve had. In fact, I’ve now attended 7 times in all! No, not because I’m a slow learner but because I’ve now had the opportunity to lead various parts of the sessions, and I always meet really cool people each time and learn from them.

I launched my Board in April 2018 and I have a great time watching the room go quiet each time people focus on a particular task in a FastGrowthTM workshop, and then it gets really lively when we discuss the conclusions. I also love the Mastermind section where we become the Advisory Board supporting a member with a pressing problem or hot opportunity. There’s a visible transformation from someone with a seemingly insurmountable problem, to a Business Leader with a clear and potent plan of action; all in just over an hour!

I now have a regular and reliable monthly income and I have the privilege of leading a small group of Regional Directors across the UK.

I’m always asked what’s the hardest bit about being a Regional Director and indeed the hard yards are in finding the first visitors for your first Board Meeting. But as a community all the Regional Directors share best practice and we’ve developed a robust and reliable 12-week process for that doesn’t involve paying a fortune to a marketing company!

Everything the Alpha Group has promised has been delivered, along with some bonuses I didn’t expect. There’s a really strong community culture within the organisation, with regular webinars connecting Regional Directors around the world, and I know I can approach any of them for advice or support.

Critically, my Alpha Group Board has become an integral component of my business Adaptive Intelligence Consulting. They are mutually supportive. I encourage any of my coaching clients who lead eligible companies to visit and subsequently join my Alpha Group Board. And, my Board is a medium-term pipeline for 121 and team coaching.

I now have a company whose value will grow year on year, even after I retire. It will no longer be dependent on me being the company “brand” and principal service provider. Should I desire, I could sell it as a going concern at any time. Though I prefer the lasting leveraged income. This gives me great peace of mind looking in to the future for me and my family.

So, if you’re an executive or business coach, a mentor, independent management consultant or someone looking for a new way to utilise your business skills after retirement or redundancy please give joining the Alpha Group as a Regional Director very serious consideration. I am very happy to take a call and share more about my journey.

As my late Father Harry Coulton said to me, “Gary, this life is not a rehearsal”.