At first sight, jazz music and executive coaching may seem to be rather strange bedfellows – and not words you often see in the same sentence!

However, a deeper dive shows that there are indeed many, many similarities between the two respective arts (or professions?)

Let’s have a look at some of the similarities. Both require individuals to have:

They also require their output to have:

For a jazz musician these change from number to number. For coaches, each coaching intervention. (Though both of course can have sub-division of the units). As with mastery of any field of human endeavour, the approach is based on sound technique – or ‘nailing’ the hard skills; experiential learning – ‘woodshedding’ or supervised coaching – and reflective learning. In other words, finding out how to do it, doing it and reviewing how well you did. Getting to this stage is a variation on the old adage ‘I charged you $100, of which $10 was hitting the pipe. The other $90 was for knowing WHERE to hit the pipe!!’

However, the real transformation from journeying protagonist to consummate performer comes when exponents have mastered those hard skills so well that they can lock them up, to produce ‘music of the moment’. For example, I saw a jazz group when a member was making an introduction. The piano player was ‘noodling’ (as Frank Zappa called jazz improvisation) in the background. The announcer said ‘That was nice – do it again!’ After a couple of attempts the pianist gave up and said – ‘I can’t. It is gone. Music of the moment.’ 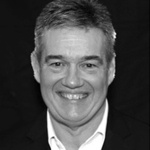 Malcolm Nicholson is the owner and Coaching Director for Aspecture, and has worked successfully with a wide range of senior business people for 20 years, enabling them to improve business results through transformational changes. To find out how he can help your organisation contact him at malcolmnicholson@aspecture.com or on +44 1932 267597.