Expanding into Your Greatest Self

Expanding into Your Greatest Self

Nearly a hundred years ago, astronomer Edwin Hubble made the discovery that the universe we live in is not static, but rather exists in a continual state of expansion. And because we as human beings are an inseparable part of the rapidly expanding universe in which we are born, we too are constantly being called to expand.

The difference between us as individuals and the universe in which we live is that the universe has no choice about whether it will expand – it simply expands. But because we are born with the gift of free will, we have the ability to allow ourselves to expand, to identify the next version of ourselves that is longing to be expressed, and to consciously align with that expansion. 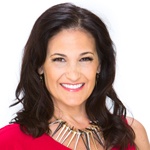 Christy Whitman is a transformational leader, abundance coach and the New York Times bestselling author of The Art of Having It All. She has appeared on The Today Show and The Morning Show and her work has been featured in People Magazine, Seventeen, Woman’s Day, Hollywood Life, and Teen Vogue, among others. Christy is the CEO and founder of the Quantum Success Learning Academy & Quantum Success Coaching Academy, a 12-month Law of Attraction coaching certification program. Christy has helped thousands of people worldwide to achieve their goals through her empowerment seminars, speeches, and coaching sessions and products.  Christy’s life-changing message reaches over 200,000 people a month and her work has been promoted by and featured with esteemed authors and luminaries such as Marianne Williamson, Dr. Wayne Dyer, Marci Shimoff, Brian Tracy, Neale Donald Walsch, Abraham-Hicks, and Louise Hay. She currently lives in Montreal with her husband, Frederic, and their two boys, Alexander and Maxim.