We all love to be energised by the people we choose to follow and associate with; and organisational leaders who can sustain a positive energetic impact on their people are worth their weight in gold. Yet, so often, our lack of understanding of interpersonal energetic dynamics means that such outcomes are left to chance and many opportunities missed.

Energy is a currency we exchange every day. Indeed, humans, like any other species, are intrinsically energetic beings that have taken on a material form. We are directly connected to each other emotionally and instinctively via electro-magnetic wave forms which are a fundamental dynamic of our universe and which provide subconscious communications bridges between us.

To understand this better, we need to briefly consider the evolution of the human brain. The instinctive and emotional systems of our brains were established well before the human neo-cortex gave us the capability of rational thought and language. For many thousands of years, humans communicated in the same way that most mammals did: it was more body to body communication than mind to mind. 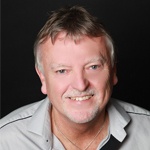 Having been brought up in the South Wales valleys and educated at Pontllanfraith Grammar School, Clive went on to study Sociology at Warwick University. He then embarked initially on a Human Resources career, which lasted for about twelve years, before switching to business management. There then followed a series of leadership roles in large corporate organisations before becoming the CEO of an IT outsourcing company. In 2005, Clive “returned” to coaching and has worked since then primarily with business leaders and their teams addressing strategic and cultural challenges.