‘Coaches ask a lot of questions, don’t they?’ A friend responded when I told him about my decision to embark on a coaching career. He continued, ‘A friend was asked to attend coaching sessions, and he did not quite like it because the coach was piling questions upon questions onto him, he felt like he was being interrogated.’

When asked whether this friend continued with his coaching, the answer was obvious: ‘he attended as he was told to do so, and stopped after that.’

Obviously, the coaching cannot be anything but successful!

At a recent networking event I was attending, an HR professional was talking about her company’s restructuring and how she was asked to attend coaching.

She said ‘I was put off by the coaching, it was pressurizing, the coach just went on and on, asking lots of questions which I did not feel like answering’.

The negative perception of coaches and coaching

Such a perception of coaches and coaching does not augur well for the development of coaching in Asia. No wonder why some people I spoke to avoid coaches and coaching. It was also with some dismay that I discovered that this attitude was somewhat prevalent. I am familiar with negative attitudes and stigma towards my work, coming from a clinical background of therapy and treatment and helping patients recover from their psychiatric illnesses.

I have turned to coaching to help people to improve themselves and to function better achieve better job satisfaction and personal fulfilment, and avoid the social stigma accompanying psychological disorders.

This desire has led me to study about coaching and certification as an Executive Coach. I have high expectations about what coaching can do for individuals and organisations, but the discovery of this negative image of coaching caused me to do a double take.

When questioning becomes an interrogation

This perception of coaches being interrogators is contrary to what good coaching should be. It is true that one of the Core Competency is Powerful Questioning. By that we mean the use of open-ended questions in order to stimulate self-reflection and self-discovery instead of interjecting the coach’s own agenda. Open-ended questions are supposed to help the person coached reach an insightful experience, the kind of ‘ah-ha’ moment in self-discovery.

The coach is not aware of the various verbal and non-verbal cues that the person being coached is feeling – tense, pressured, unwilling and unspontaneous. If this is the case, I venture to suggest that the coach has neglected an important skill, that of Active Listening. And Active Listening is also a Core Competency prior to Powerful Questioning in the list of ICF’s Core Competencies. In fact, it would be true to say that Powerful Questioning is not equal to open ended questions though it certainly is inclusive of it. 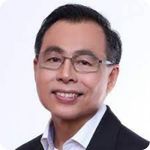 And a Master Life Coach by Transformation Academy. As a psychiatrist he has a strong interest in the Neurosciences, Psychoanalysis, Group Dynamics, Developmental Psychology and Stress Management. For more info visit: https://optimalzoneperformance.com